The Persistence of Art

Art is an infinite capacity to form
Herbert Marcuse

The Persistence of Art is a series of works where Matilde Marín creates a rich visual metalanguage by executing the reality that surrounds us with critical and aesthetic quality. In this series, the artist once again witnesses our time through small spontaneous events that are part of our daily routine where the word ART takes multiple meanings from her shots. Marín manages to capture in this series of photographs taken in various cities around the world, urban experiences that enhance the beauty of simple actions that normally go unnoticed. 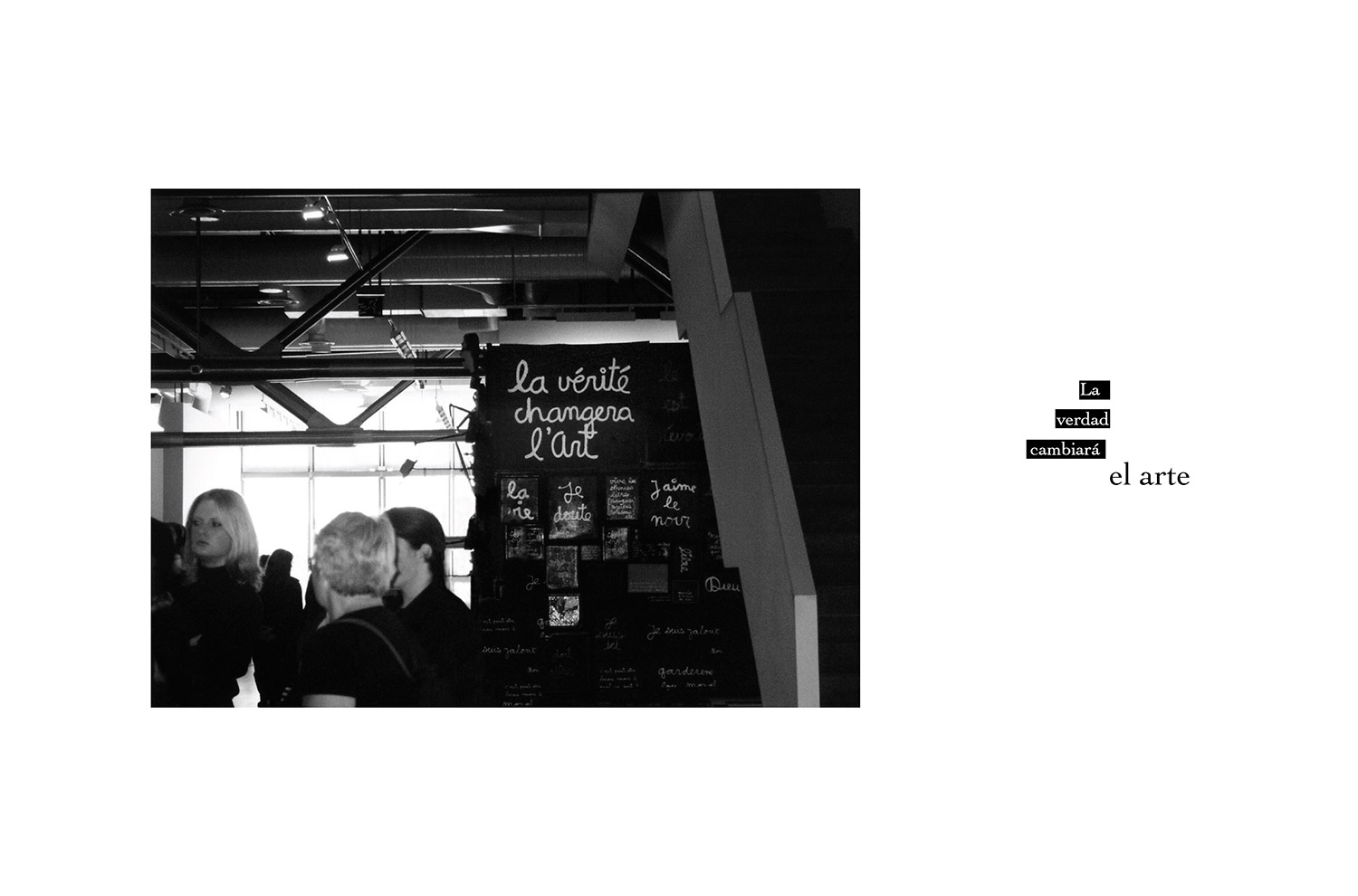 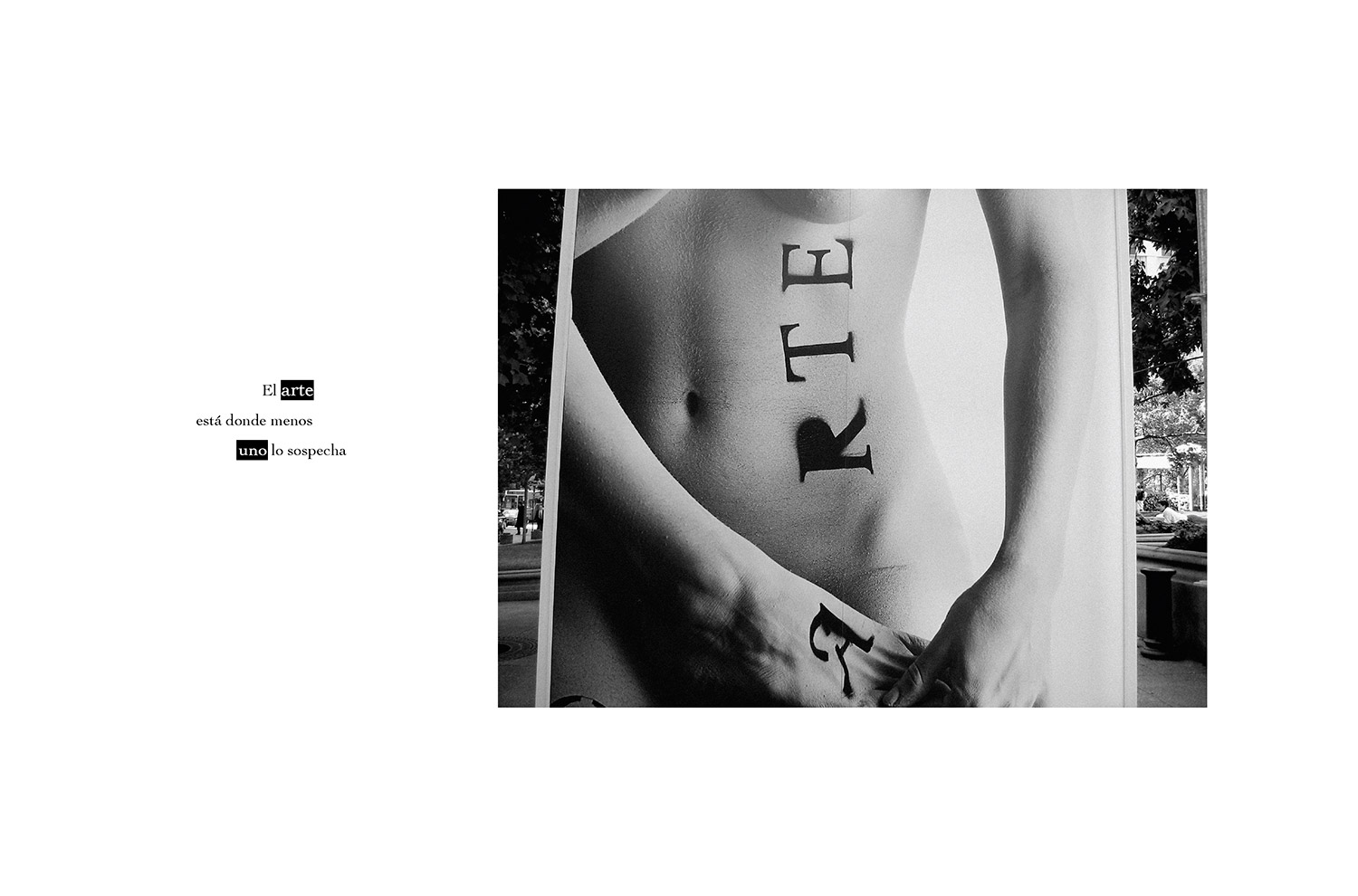 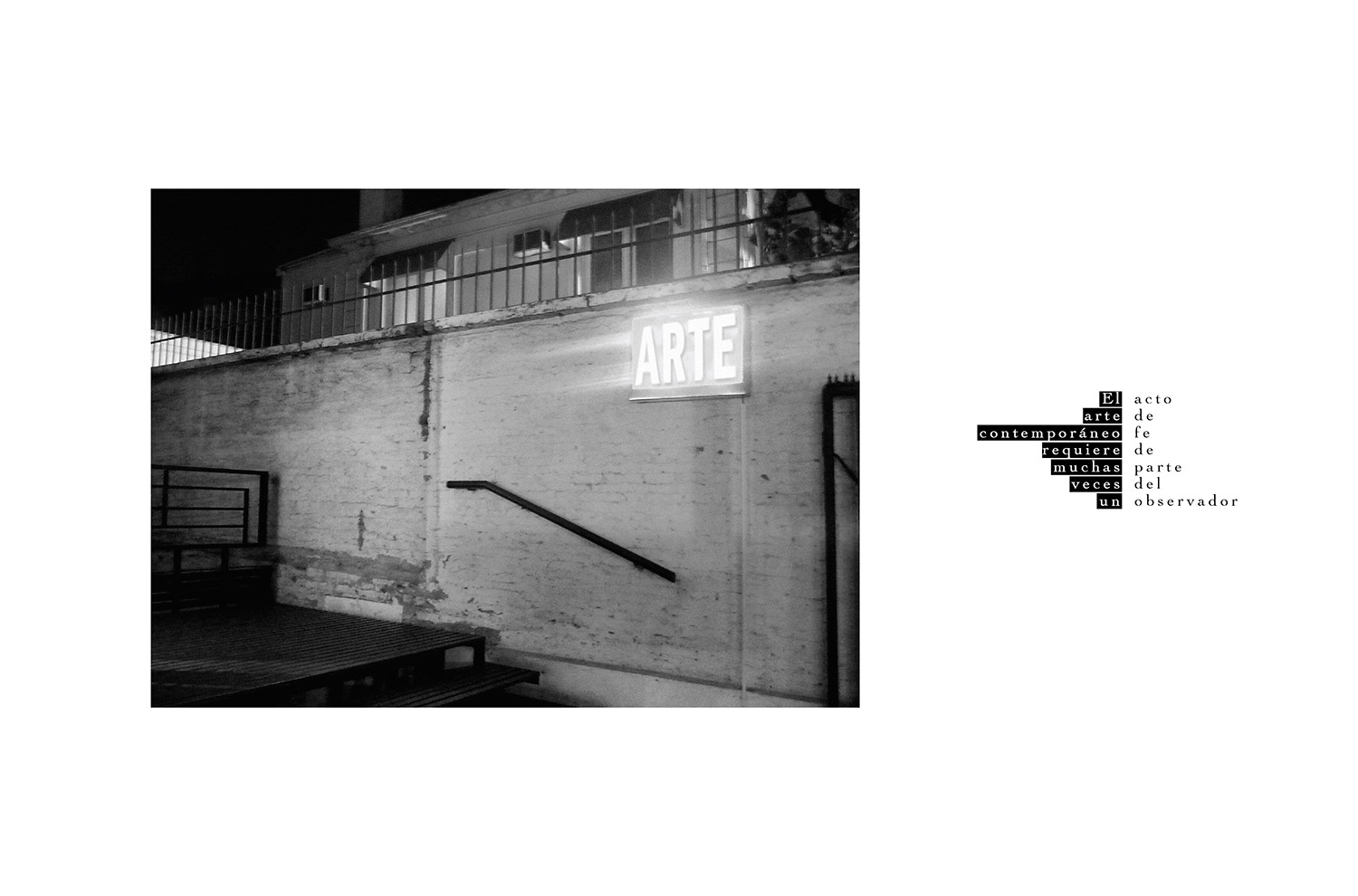 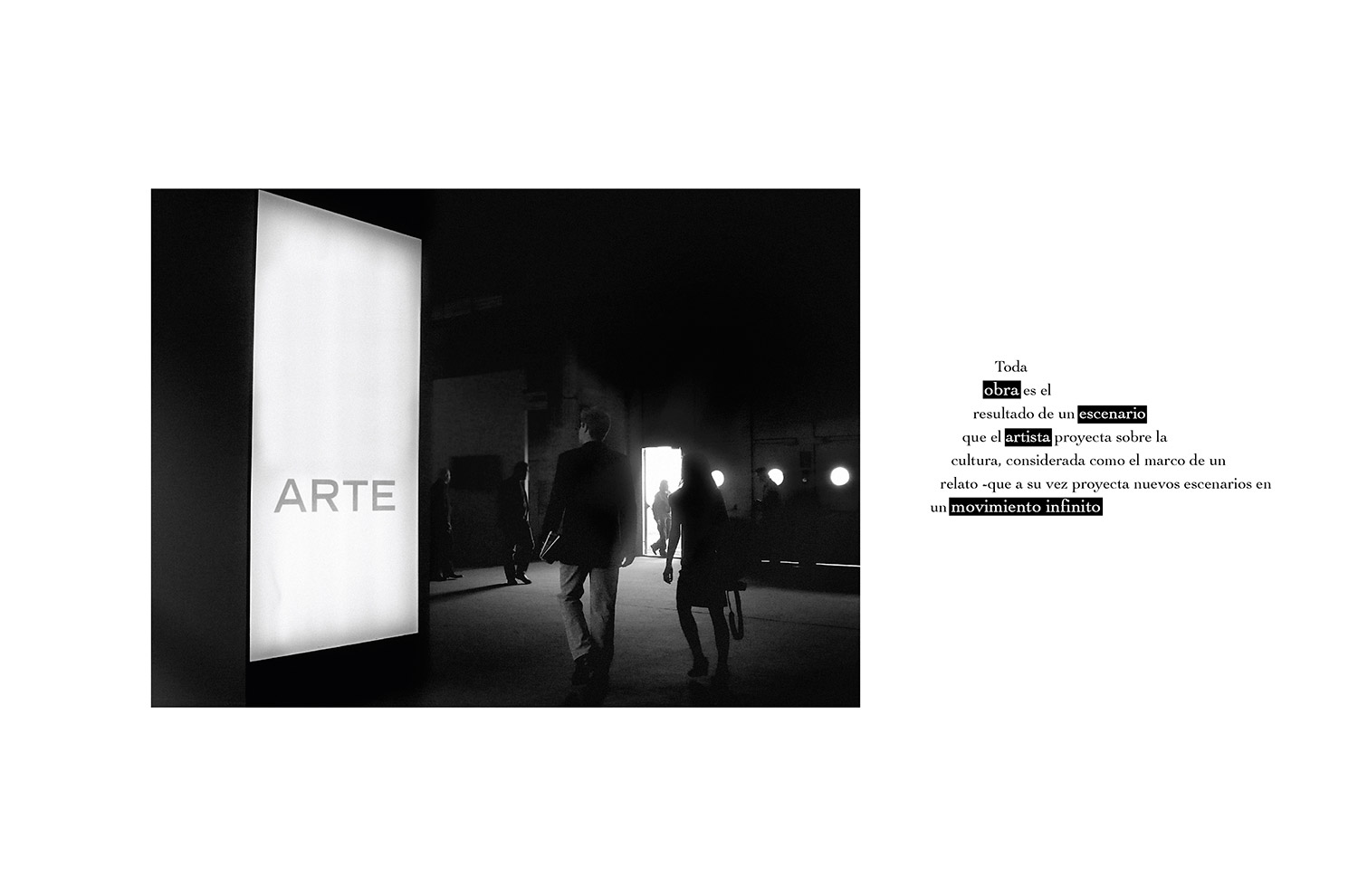 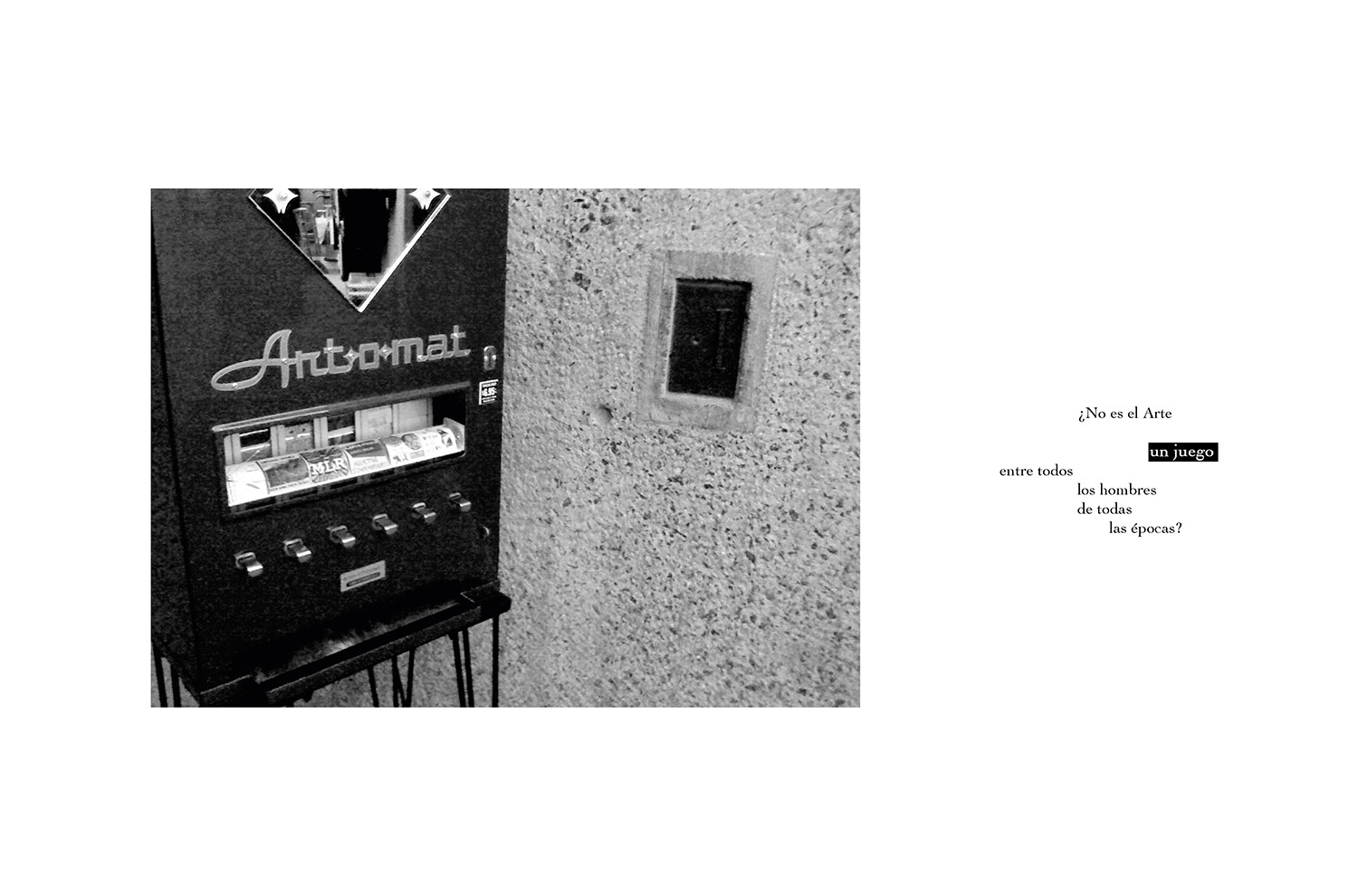 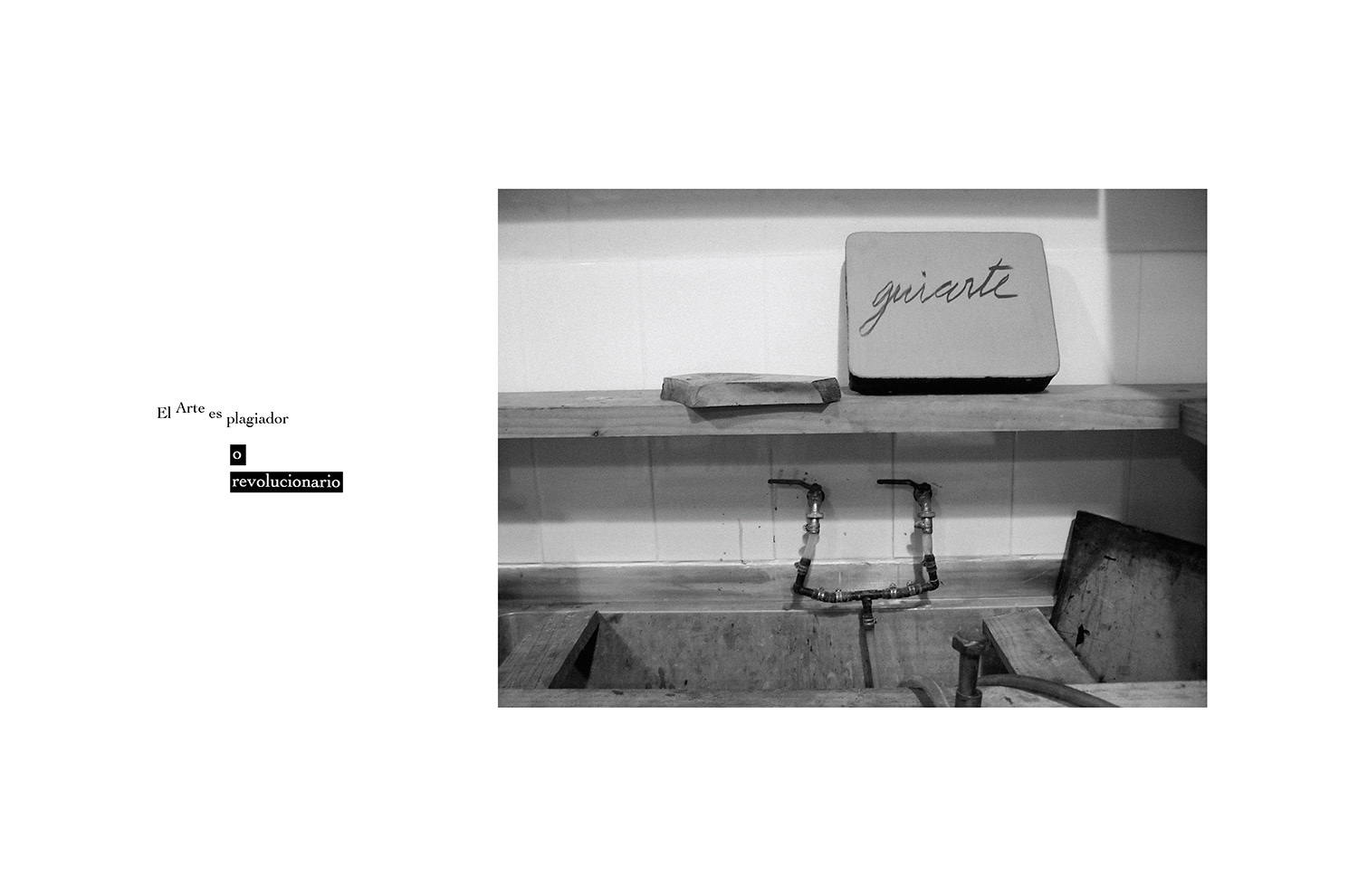 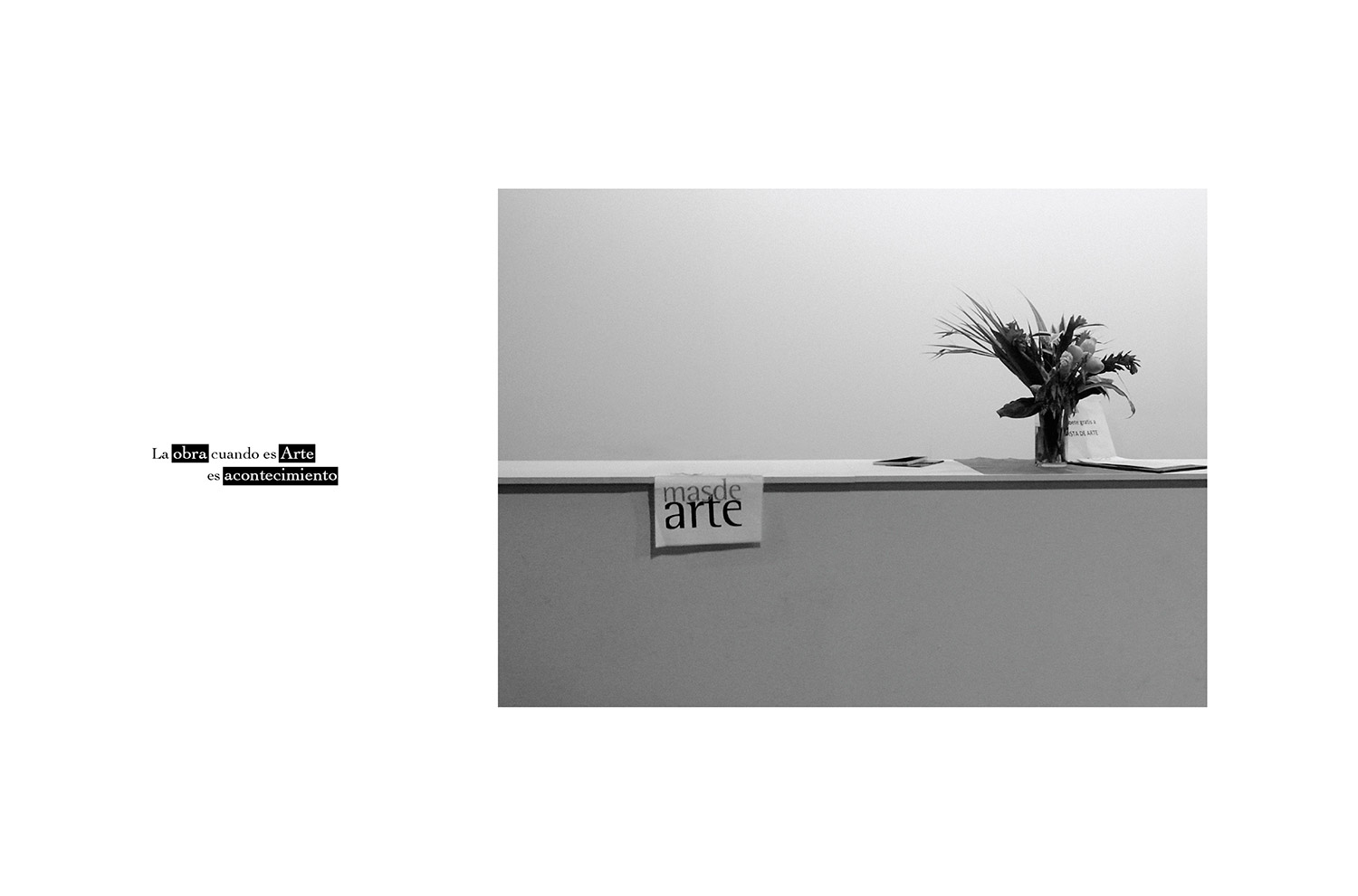 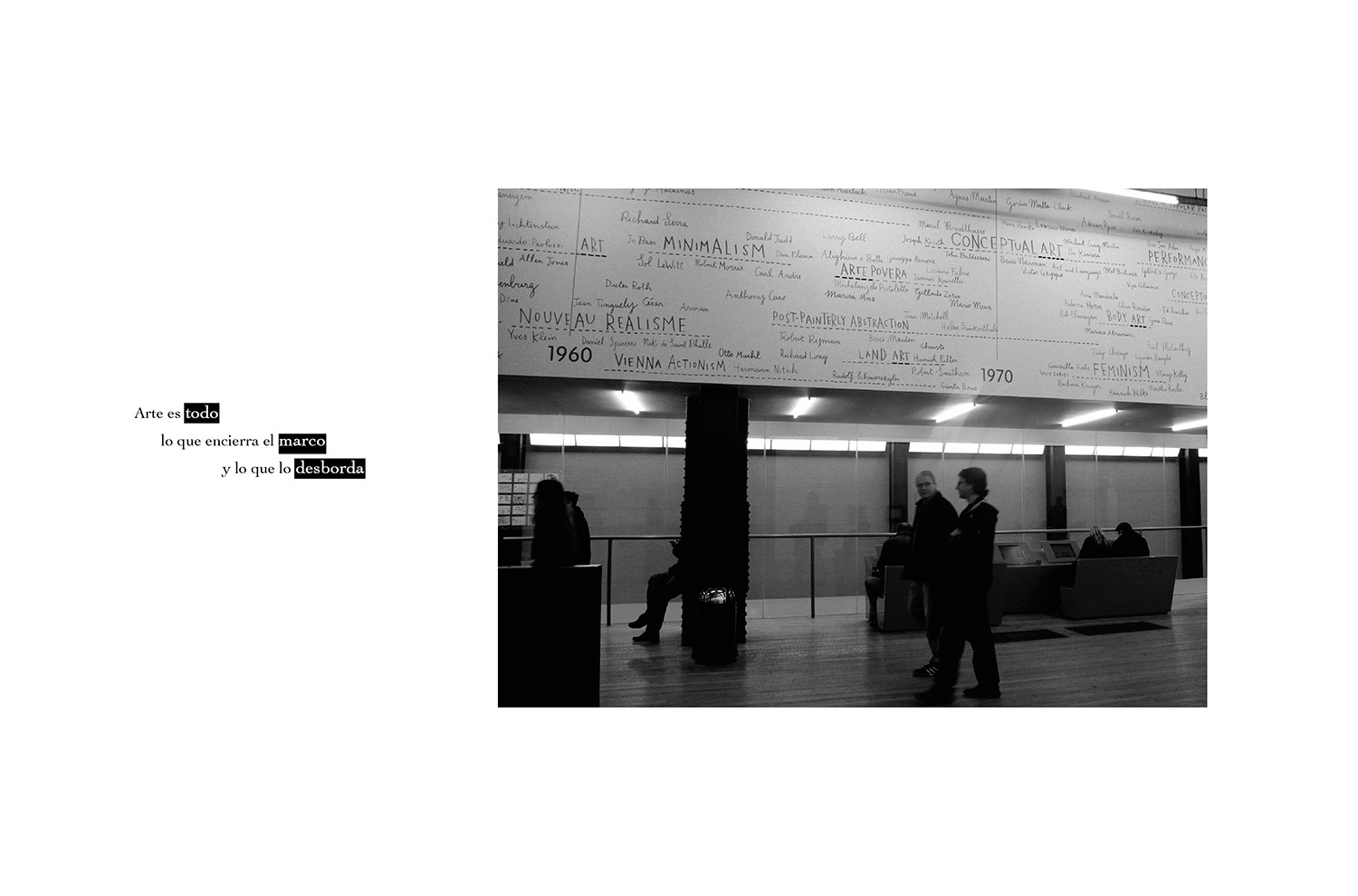 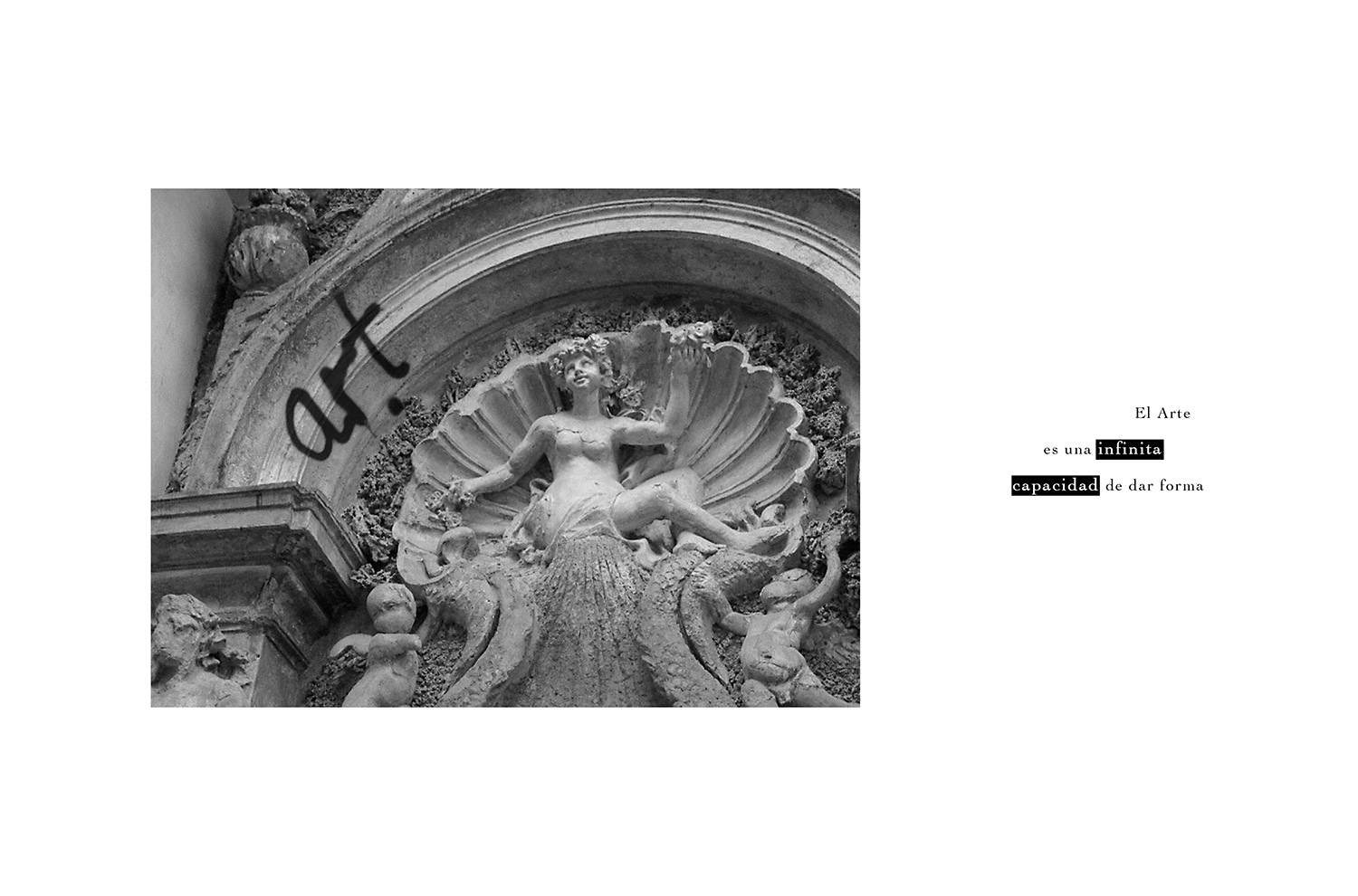 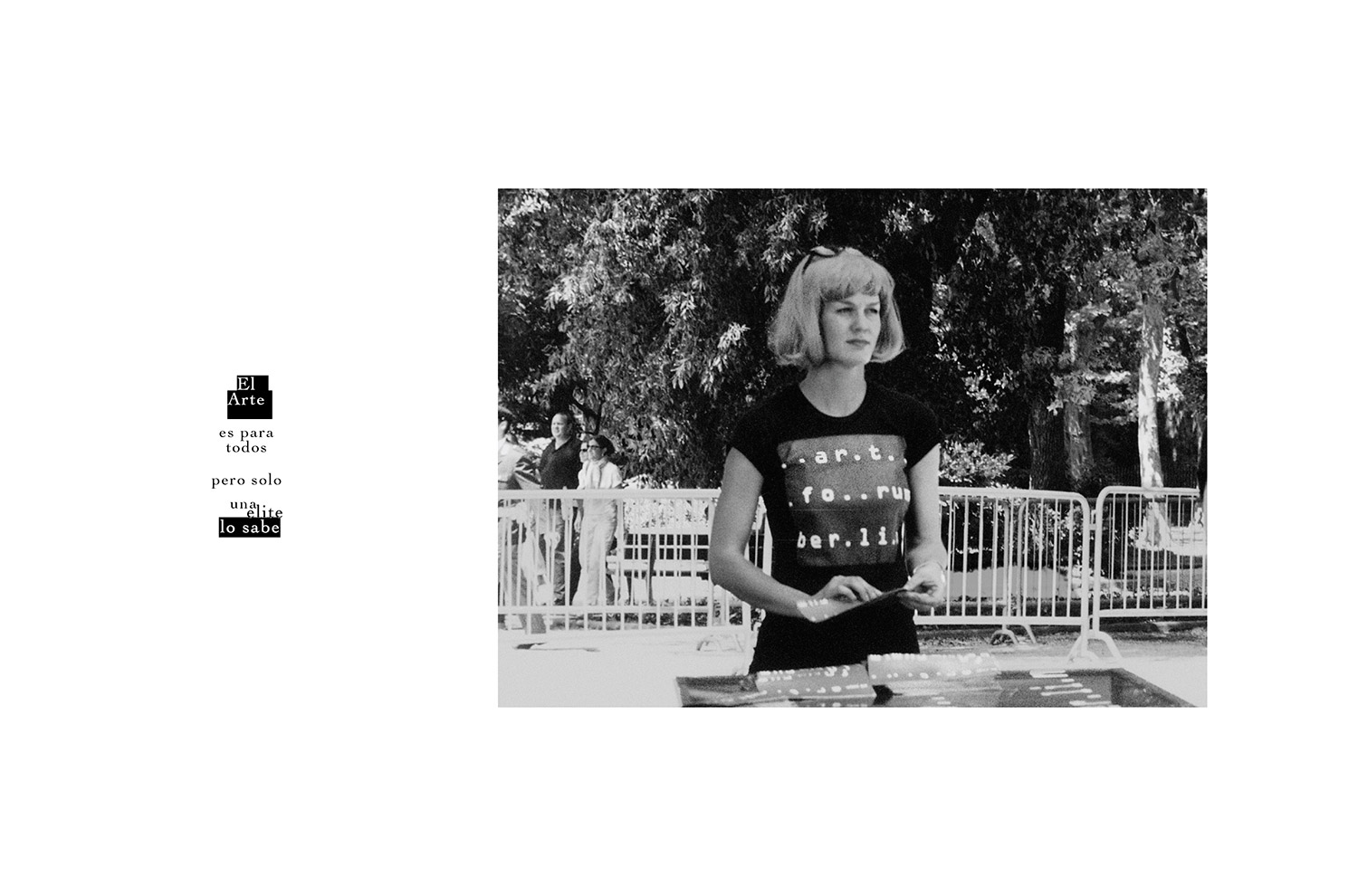 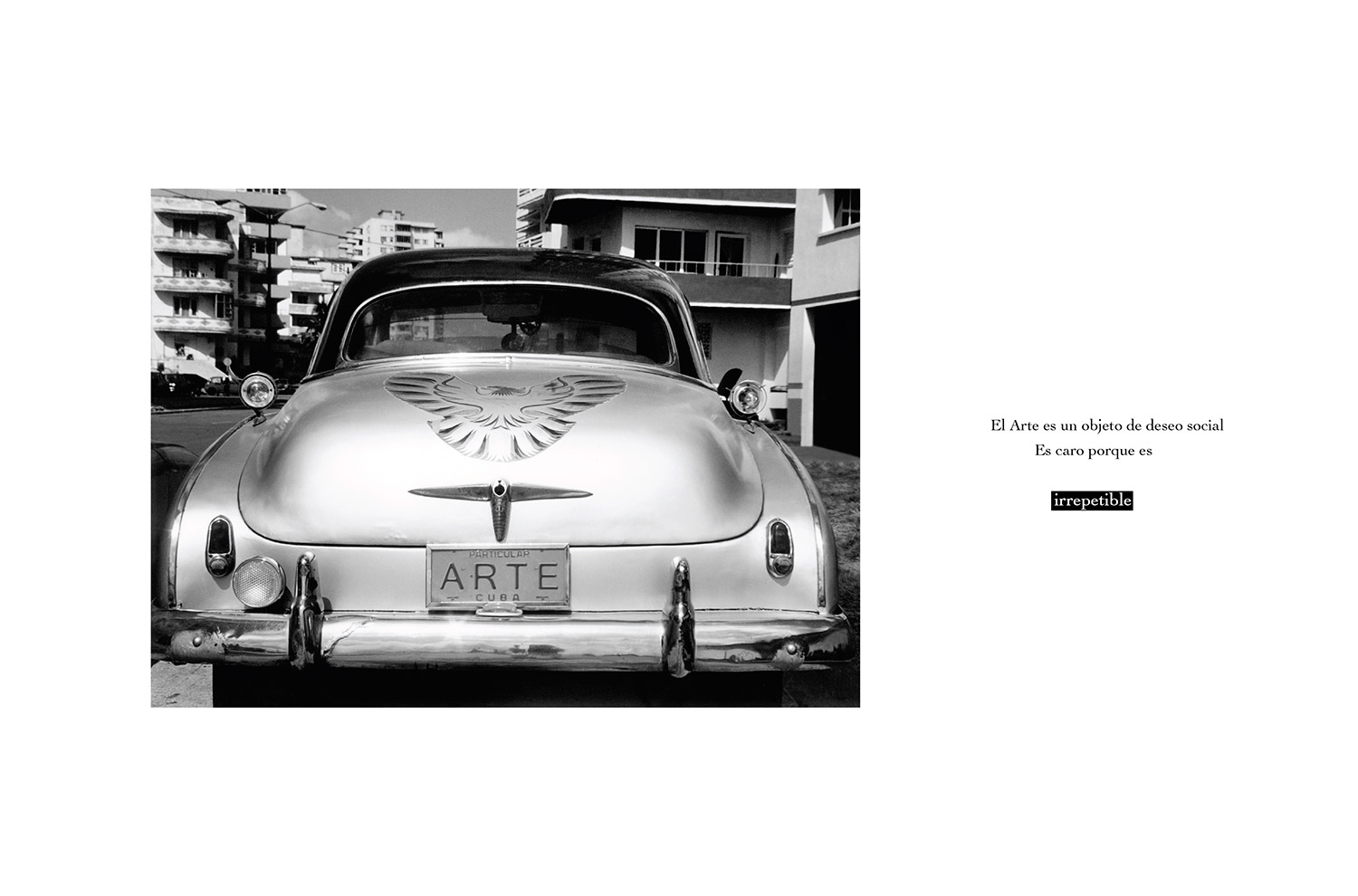 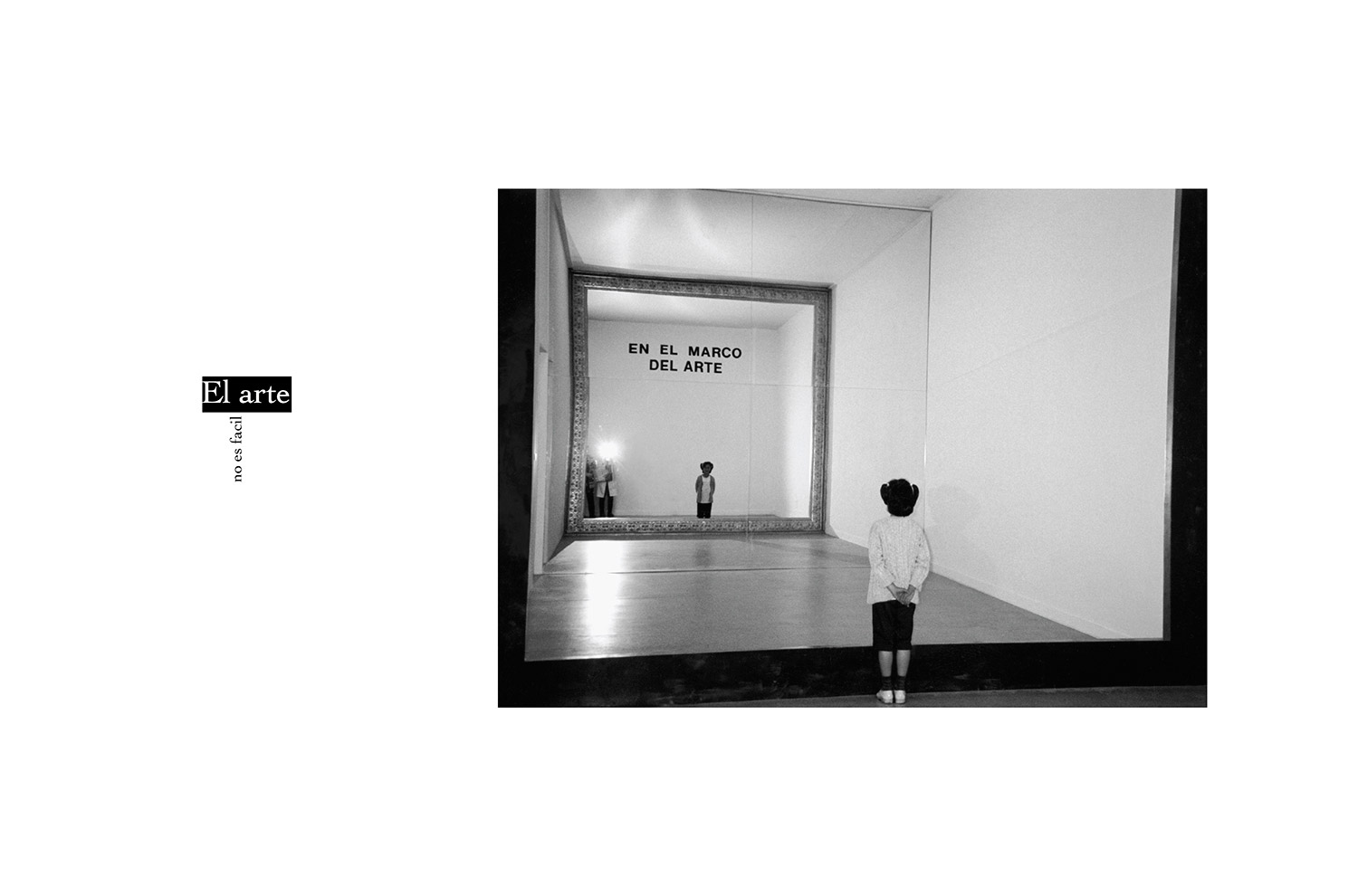 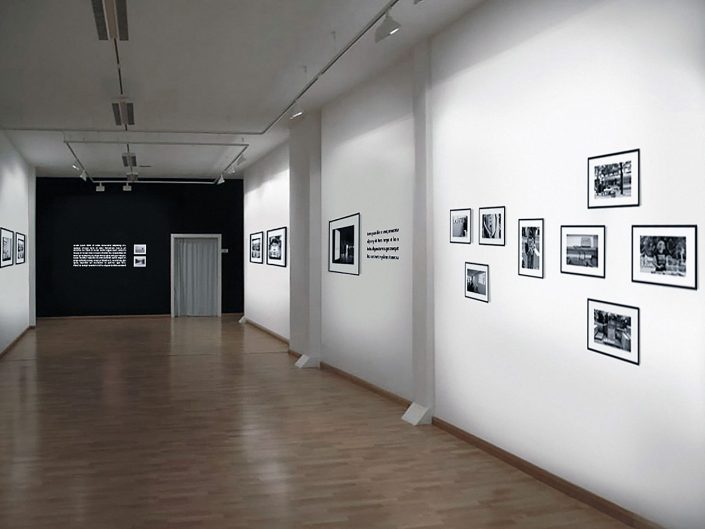 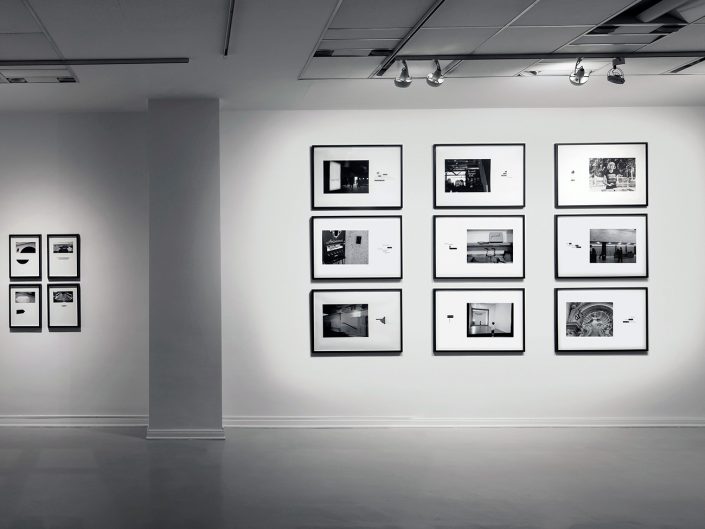 The persistence of ART

The mechanism of perception that leads Matilde Marín to find, over and over again, the word ART in her travels, begins with a quasi-manual calligraphy poster photographed in 1998 at the Center Pompidou in Paris. It is, no less, the one who holds “La vérité changera l’Art”. It begins a series still in process, captured by her camera, which are presented in a casual, random and fortuitous way, confirming the widespread use in multiple contexts of the word ART, verified in her travels.

The first one, who associated the truth as the driving force behind a change in a system that is identified with a capital letter, was followed by many others who were visualized not necessarily within a cultural center, but on the street, in advertisements, as though nominating a cafe, in the plate of a car from the 40s, typical of Cuba, in the T-shirt of a girl in full performance or as graffiti in a classic-inspired arch in Rome.

Art is a word that contains several meanings and is redefined all the time. But that multiplicity has points of contact and varied connections. It has persisted since classical antiquity, associated with a certain virtue or ability to do or produce something, but it certainly had to maintain a status of technical mastery, ex officio. Plato speaks of doing something with art or without art and soon the expression derived not only in the manual but in the production of ideas and the intelligentsia. For Aristotle, the scale would be: art, science, practical knowledge, philosophy and intuitive reason. But he insists on some particular difference when he quotes art: “Art is about something that becomes. Art is not about what is necessary or what cannot be different from how it is ”, a procedure that makes visible -because there has to be a materialization by a method- of something that breaks out, that manifests itself as doing with valuation high. It remains in the Latin term ARS associated with a production of knowledge that was located within the so-called manual arts. The expression liberal arts (trivium, quadrivium) in a sense equivalent to “knowing.”

But the change happens with some proper names that we recognize as true innovators in the 20th century. Following the anthroposophy of Rudolf Steiner, who stated: “It can be anthroposophists who feel certain questions about the essence of man and the world as a necessity as vital as the one felt when we are hungry and thirsty”, the German artist Joseph Beuys expands the conception of art towards the relationship with life itself. Citing his teacher referred to here, he calls to consider every human being as an artist, each action as a work of art that can be both ephemeral as well as an impulse for reflection. The concept then expands and leaves trails open to an obsolescence of the hierarchy previously sustained. It is a profound change – and in some way – extended and incorporated into universal culture in the scheme of contemporary art.

What makes Matilde Marín display this series of photographic captures where the meaning of the word art allows us to contextualize its meanings? Their own questions, their concerns in the possibility of each trip that always carry the idea of ​​comparison with other systems, in what they have in common and in what they are unique. This, plus the imprint of the search that is emerging as powerful and significant in his perception as a contemporary artist. The series of lighthouses, the smoke series, the crisis series and the survival modes, common to multiple systems in countries very different from each other, can be traced in their production. But that capacity that Matilde executes with critical evidence, or what is the same: aesthetically observing a reality that “is there” in front of us, makes us witnesses of a series of common devices within the differences, something that returns to the concept that we cited of Beuys, the look that transforms the action into a work of art, at the same time ephemeral like all these shots, but that clearly indicate an impulse to reflect where we all have some creative capacity that transforms our doing into something made with art. 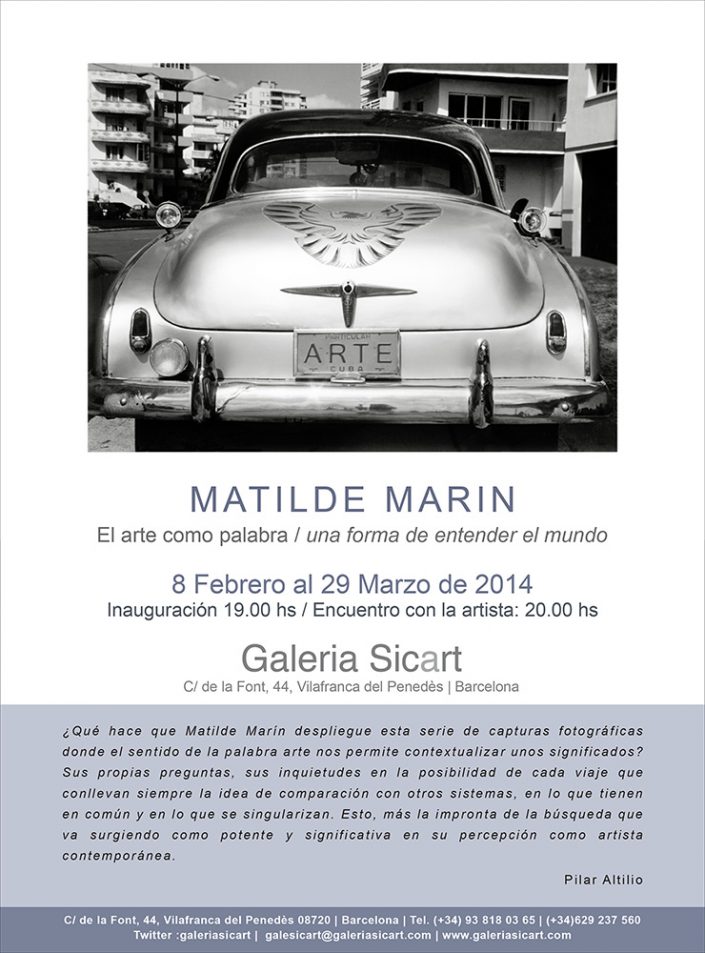 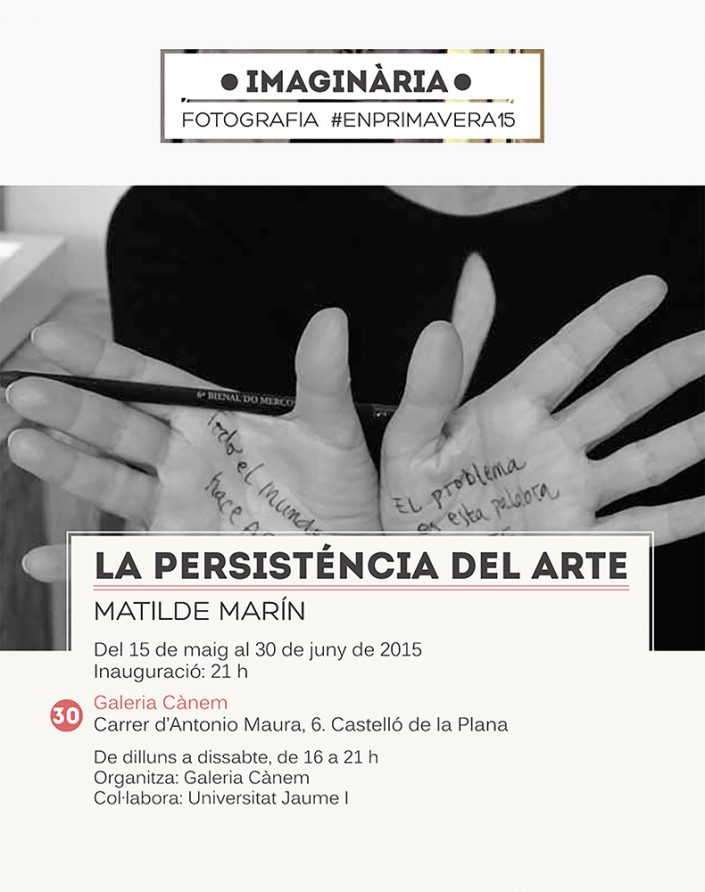 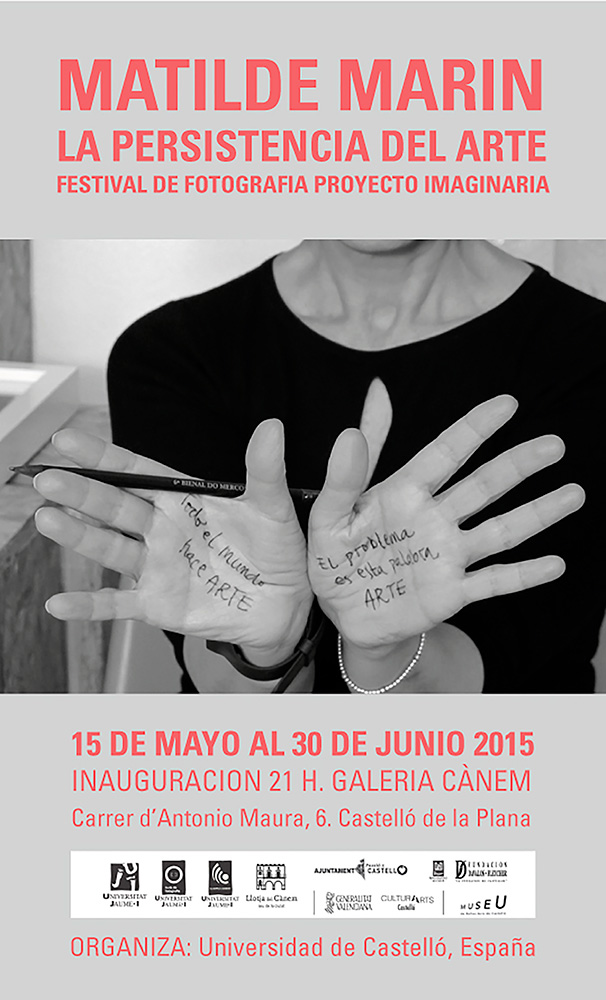 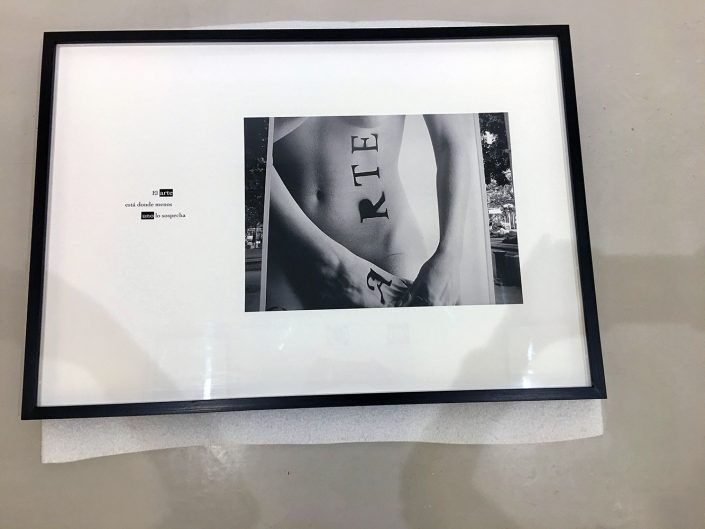 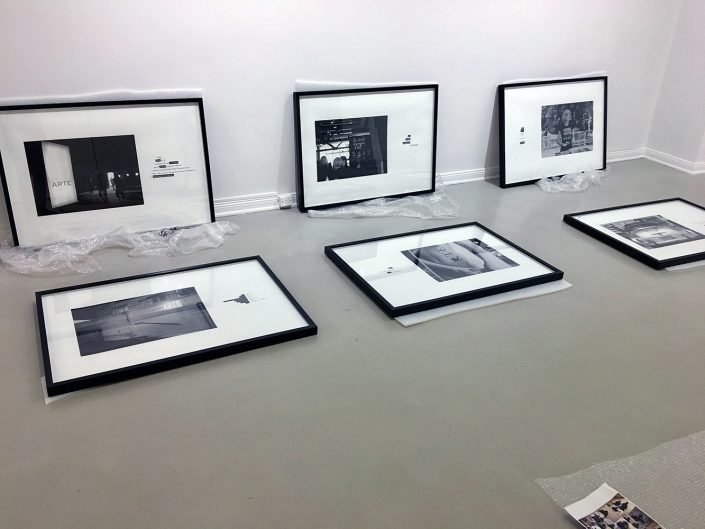