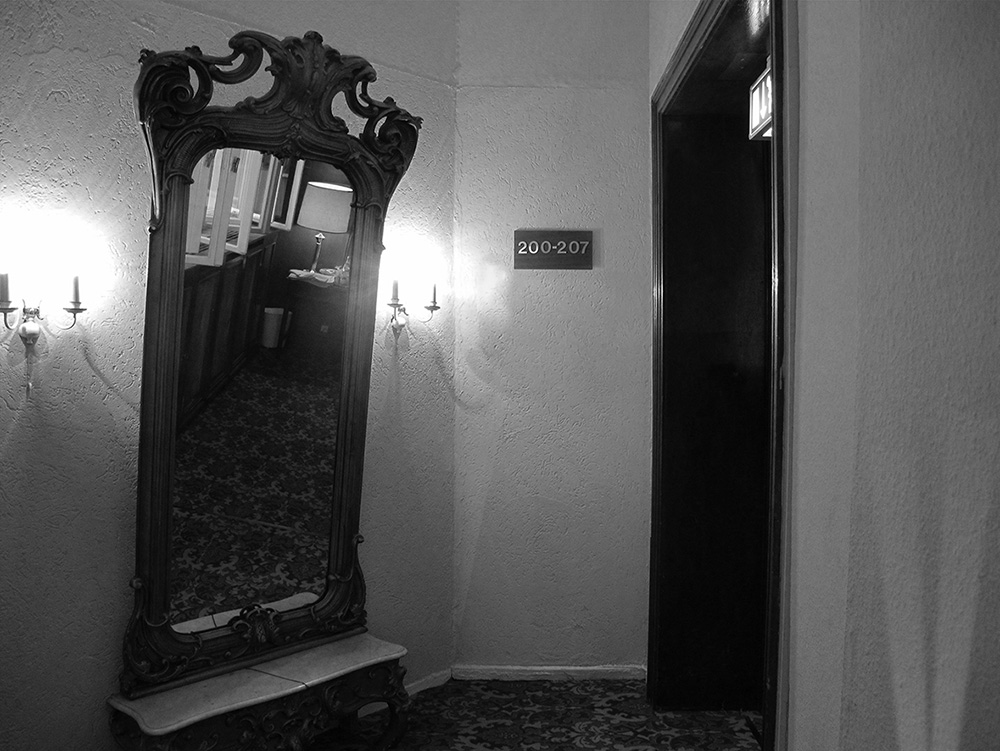 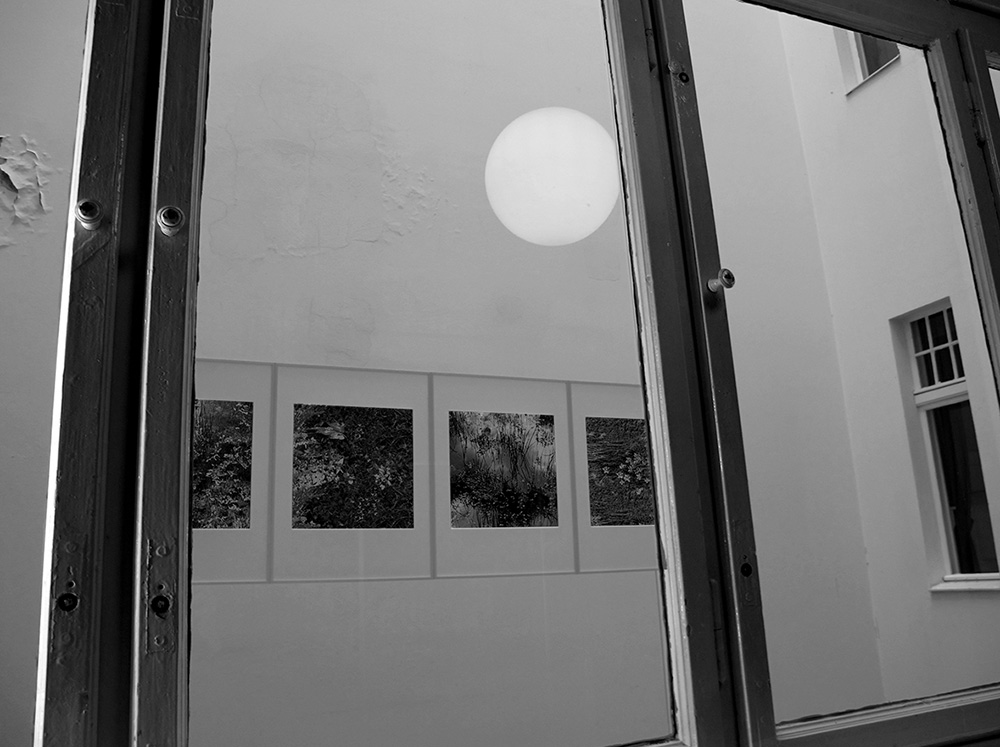 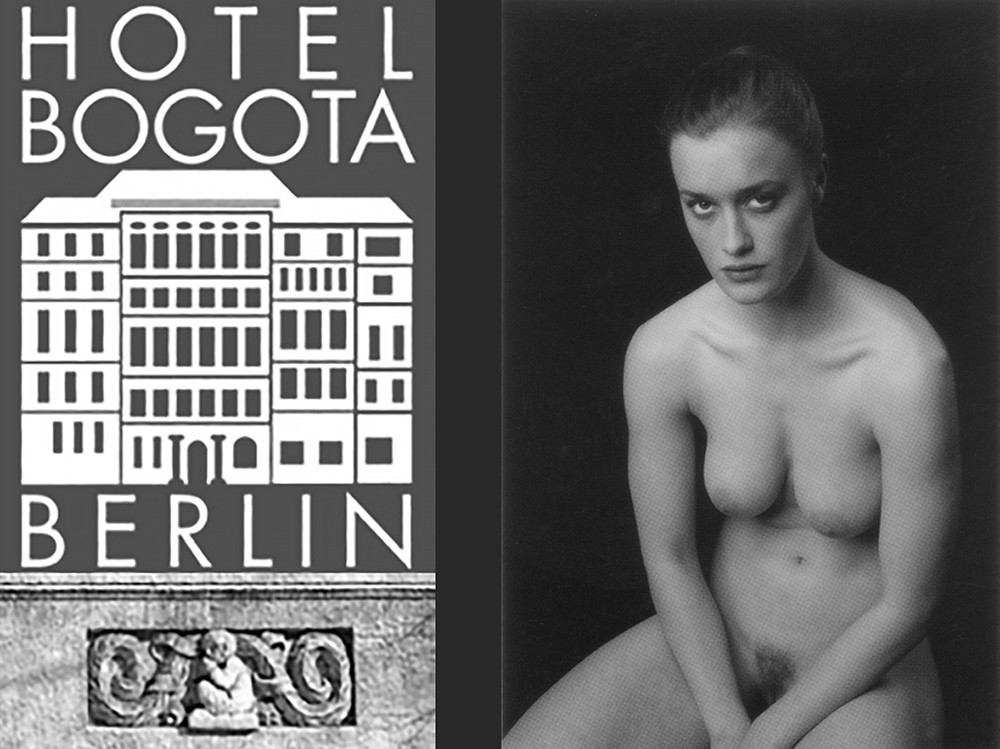 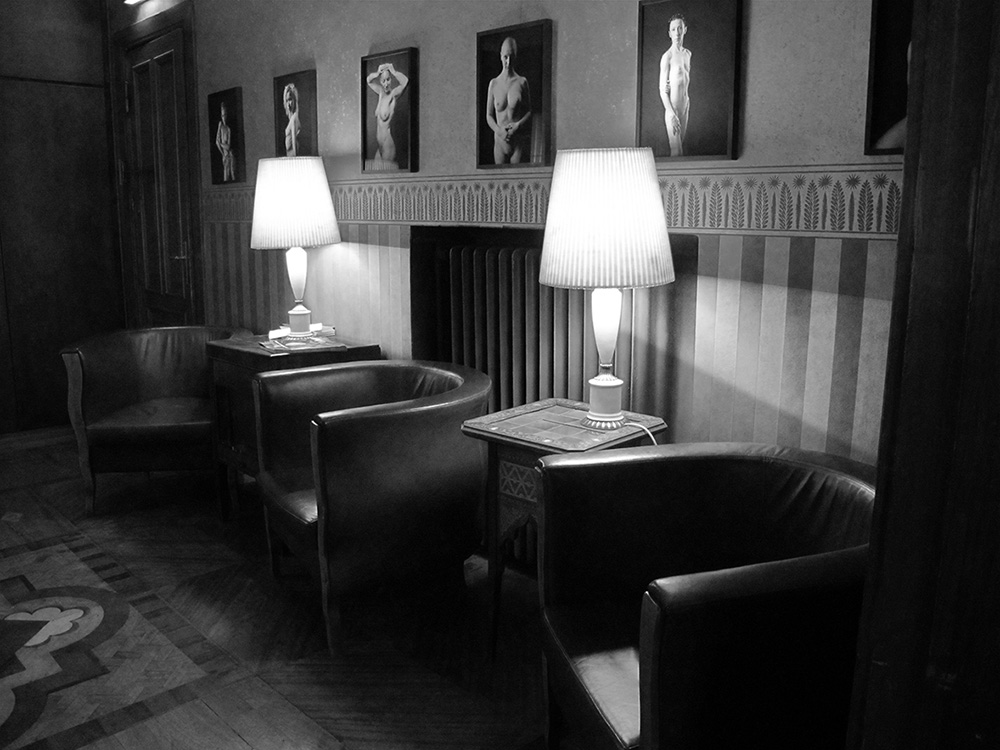 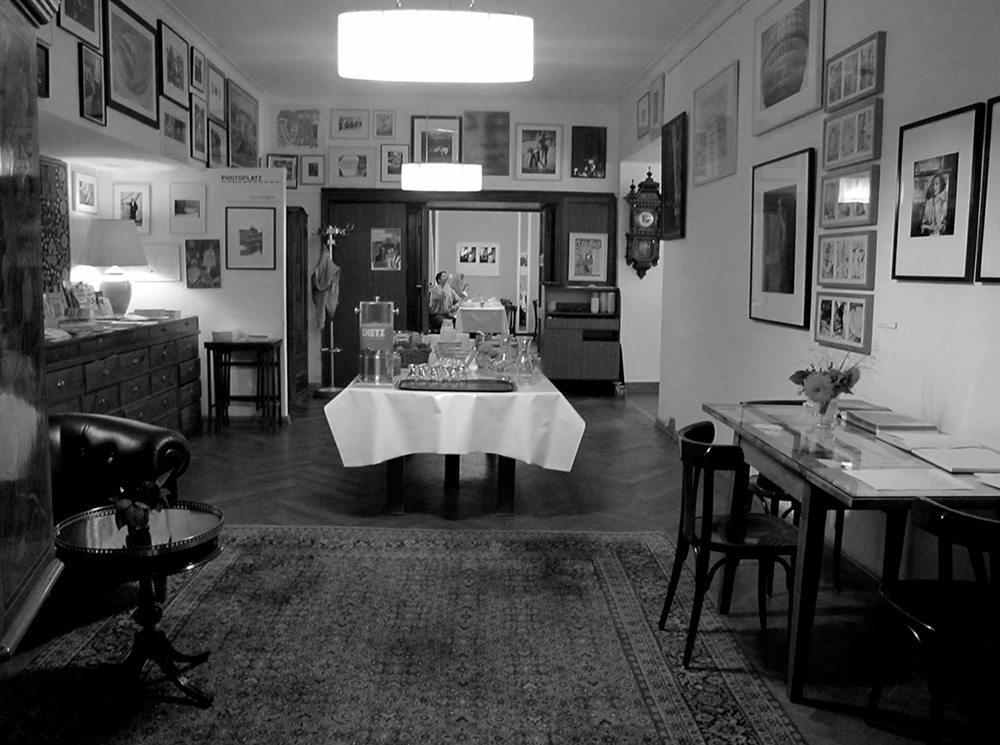 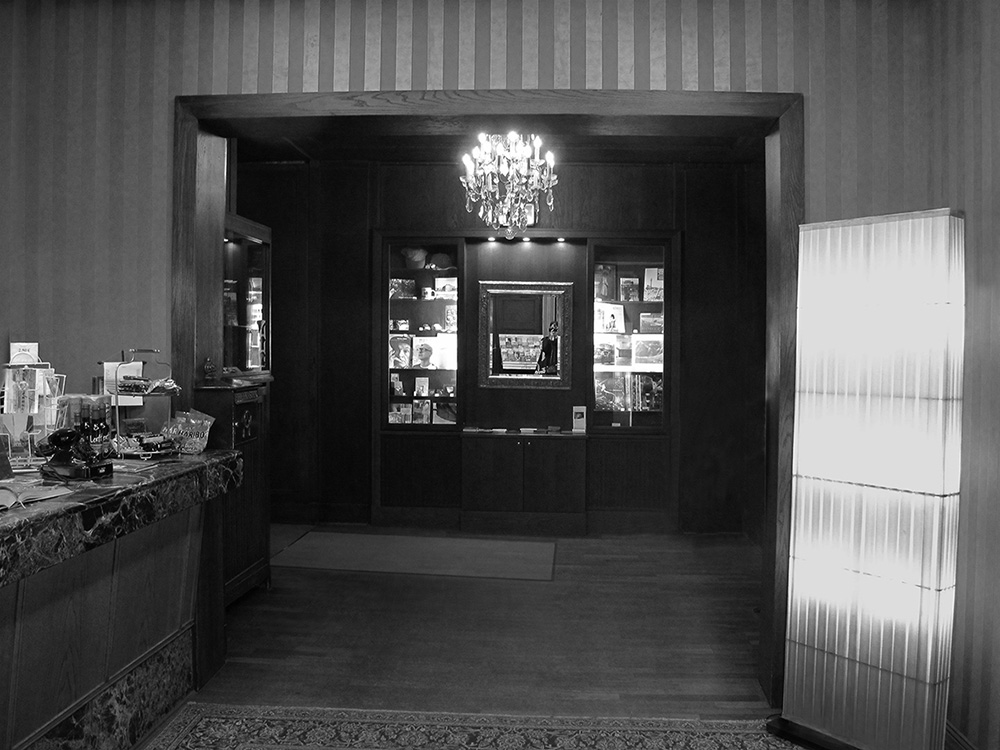 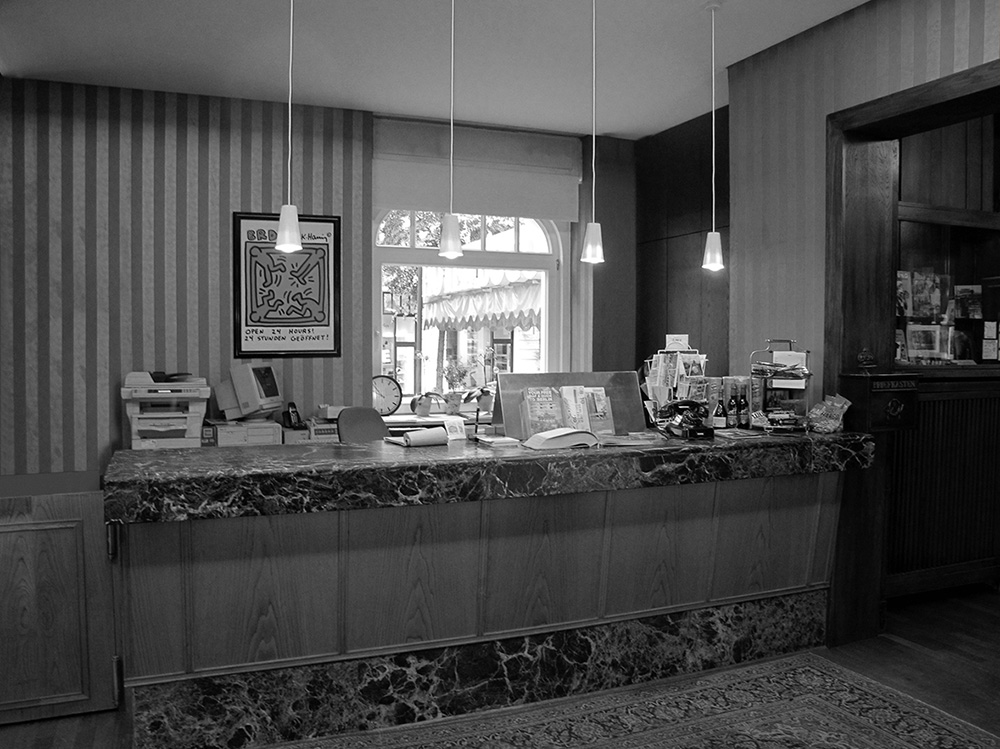 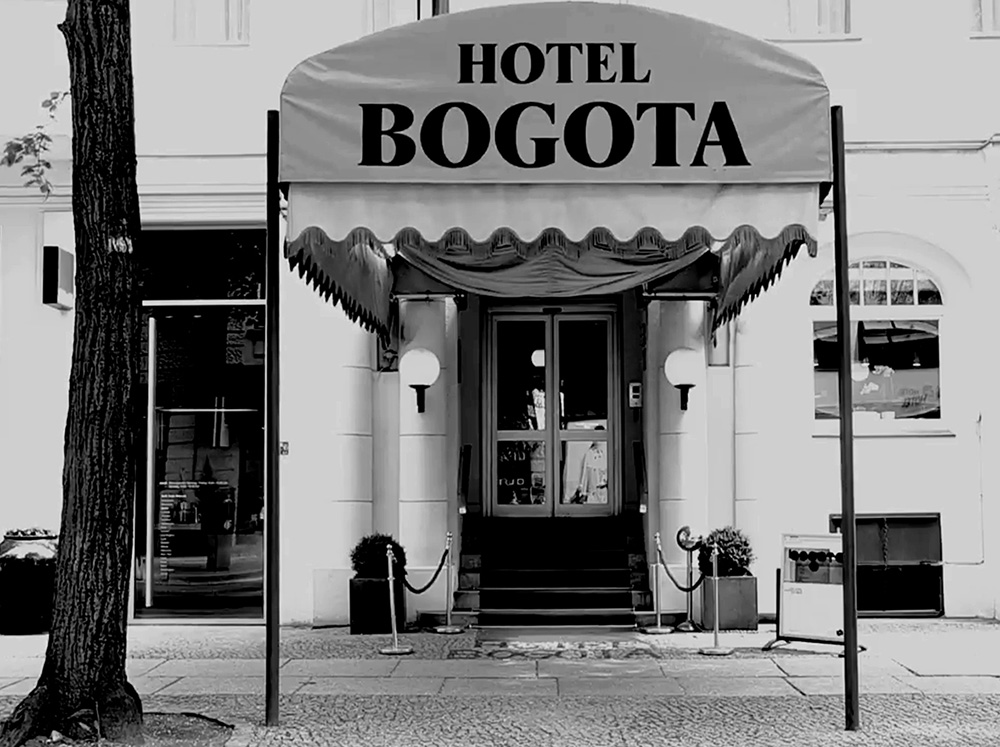 Hotel Bogota, located in West Berlin at seven kilometers of the center of the divided city, was during the 20th century a historical symbol that many guests and inhabitants of Berlin could not forget.

At the beginning, it was an apartment building inhabited by illustrious figures, the German newspaper Vossische Zeitung gives details of the grandiose celebrations that the impresario and art collector Oskar Skaller offered in this house during the 1920s. Dances enlivened by the clarinetist Benny Goodman, those who attended such personalities as the impressionist painter Max Liebermann. Then, alternatively, it was the Ministry of Culture of the Third Reich, office ‘for denazification’, and finally the Hotel Bogota.

In the year 2010, I stayed in this eccentric and unusual Hotel. As I entered, I was surprised by the feeling that I could to find Marlene Dietrich or Iggy Pop in an armchair in the living room. I imagined Marlene Dietrich smoking in the worn-out armchairs and dropping the ash in the edges of the old ashtrays. The telephone booths of the 30’s were very well preserved and the rooms very austere with a very discreet comfort. I was amazed by the art facilities in the inner courtyards and the beautiful exhibition of photographs by the German artist Manfred-Michael Sackmannen, in the main room. All the photos that compose this suite were taken during those days, I did not meditate to make any art project during my stay but to enjoy photographing that strange and intense place.

During the year 2013, hundreds of Berlin artists, journalists, writers, photographers and architects undertook a strong initiative of publications and signature collection in defense of the entire preservation of the mansion, but after 49 consecutive years of operation, Hotel Bogotá closed its gates and was demolished; the beautiful and symbolic building remains in the present.